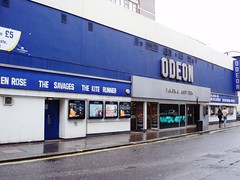 It tends to show films which have been on release for some time and are no longer running elsewhere, albeit at the same high ticket price you'd expect in the West End. The auditoria aren't the best, so if you have the patience, wait for them to open at the Prince Charles Cinema.