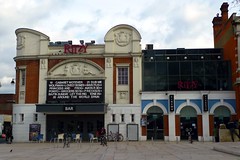 It used to host monthly Knitflicks knitting group meetups (special screenings where the lights are left on so you can see what you're doing), but we're not sure if these are still happening. They also do special screenings for other groups quite regularly, so it's worth checking the website.