Blog
Contact
About
(redirected from Chess And Bridge, NW1 3AR) 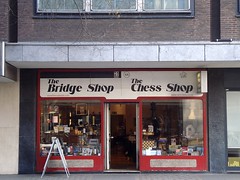