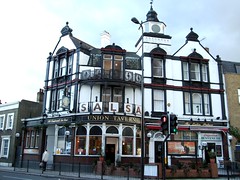 The Capital Pubcheck column in the June/July 2013 edition of London Drinker notes that this is now split into separate businesses, one of which still trades as a bar and restaurant under the name Bar Lenuccia. Their Facebook page suggests they've been open under this name since late-2010.

When secretlondon went there one Friday night in October 2008, it was in two separate parts with different entrances. One bit charged an entry fee, and the other bar was open access.

There are no hand pumps, and no interesting beer is available.

They have a late license. Adverts say it has salsa and Argentinian tango lessons.