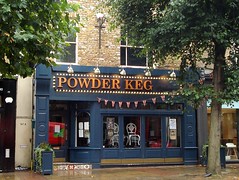 It was previously known as Powder Keg Diplomacy (pictured), but according to the Dec 2017/Jan 2018 London Drinker it had a change of name and management in September 2017. We haven't visited since, so some or all of the below may be out of date.