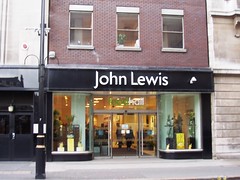 Notable features of this Food Hall are the large cheese room, the wine and spirits section (which includes a counter area where they do tastings) and the counter for William Curley chocolatier, which shares space with the patisseries counter and some rather sumptuous looking cupcakes. There is also a large delicatessen area, meat and fish counters, and the usual products one might get from any supermarket (and as the name suggests, it is almost entirely food that is sold here).

At lunchtimes and after work, there are sometimes staff handing out samples of the food and drink, and there are special tasting events taking place on a regular basis. The staff in the cheese room are particularly attentive and friendly and happy to let you taste various cheeses. (Less can be said about the wine tasting area.)

There is a well-considered but not extensive range of wines available, which tends towards the 'fine wine' end of the spectrum (and predictably many champagnes). There are also a large number of whiskies, brandies and select brands of other spirits, with a particular emphasis on fortified wines such as sherry and port. There are bottled (and canned) beers representing most parts of the world, including some interesting choices of Belgian beers, many English ales (for example, the St Peter's range), and other odd lagers like Asahi Black from Japan and Monteith's from New Zealand.

The delicatessen counter includes a section of ready-made foods you can take away (for example, to heat up in the office for lunch). The selection constantly changes and there are always vegetarian options. You may expect to find such things as mash or colcannon, filo parcels, rice dishes, and so on.

The queue for the cashiers moves quickly due to the large number of these, so the wait is never very long.