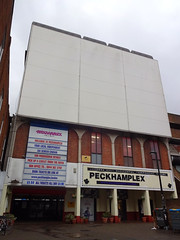 Cinema in Peckham, opposite Peckham Rye Station, with about 8 screens. It shows mostly the major mainstream films, though does have some of the more interesting titles as well. It has cheap prices.

The cinema participates in Orange Wednesdays, and there are cycle racks in front.