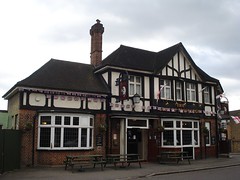 Now closed; was a pub in Wanstead.