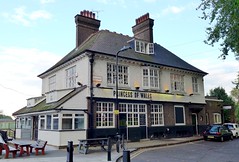 According to the Young's website, it is one of two Young's pubs (the other presumably the Princess of Wales in South Wimbledon) which changed their names to commemorate the death of Diana, Princess of Wales, in 1997.