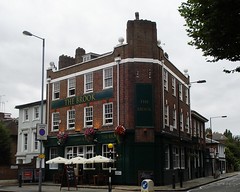 Was a gastropub in Hammersmith, now closed. The premises were taken over by the people behind the Bree Louise in Euston, who reopened it as the Duchess of Cambridge in September 2011.