Blog
Contact
About
(redirected from Draft House, SE1 2UP) 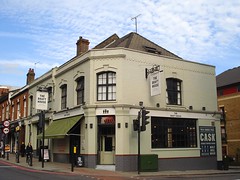