Blog
Contact
About
(redirected from Duke Of Devonshire, SW12 9AN) 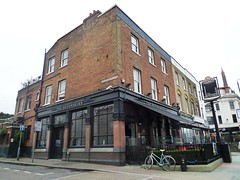