Blog
Contact
About
(redirected from Roti King At Euston Chinese) 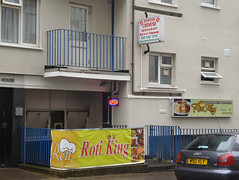