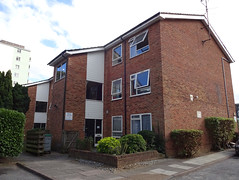 It specialises in Burmese foods, including several kinds of the Burmese speciality of pickled tea (lahpet). The proprietor is friendly and helpful, and happy to help novices pick out a few Burmese things to try.

They don't take cards (not sure about cheques).

It was previously located in a small unit photo inside a shopping centre called Plaza N22 photo in Wood Green, but with the demolition of Plaza N22 photo it moved a short distance away to the ground floor of a house in Mannock Road photo. It then moved again to Taylor Close in Tottenham/Upper Edmonton.

Accessibility: Two steps to get in.