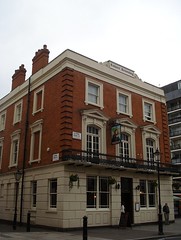 Samuel Smith's pub in Maida Vale. It was known as The Robert Browning until a change of name in 2013. The comments below pre-date that change, though it still appears to be under the same ownership.