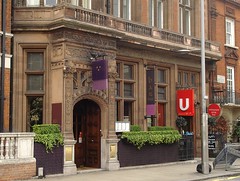 Zaika was a modern Indian restaurant on Kensington High Street. It closed for good in December 2013. As of March 2014 the premises were occupied by a modern European restaurant called One Kensington.