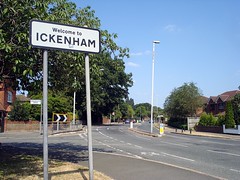 Pubs: the JD Wetherspoon Tichenham Inn (affectionately known as 'The Titch') tends to cater for older locals and families, whilst the sprawling Coach & Horses attracts a younger, noisier crowd in the evenings. The Soldiers Return is primarily a sports pub where ale-lovers may find it hard going.