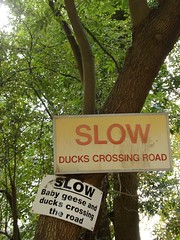 A residential area of North London lying within the London Borough of Harrow.

Its history as a coherent area begins in the early 18th century, when James Brydges, the first Duke of Chandos, bought a large tract of land in the parish of Stanmore and built himself a country estate on it, including a mansion and extensive pleasure gardens. Following his death, the land and the mansion were sold off in pieces to satisfy debts incurred with the bursting of the South Sea Bubble.

Today, Canons Drive follows the original path of the entrance to the estate, and the pillars (known as the Gate Piers) at its junction with Edgware High Street are the only surviving remnants of the Duke's mansion. The area of Canons Park now consists of Canons Park itself, plus a residential estate which includes two lakes; the Basin Lake, which is accessible to the public, and the Seven Acre Lake, which is only accessible to members of the Canons Park Estate Association.

Auto-generated list of things in Canons Park (view them on a map):