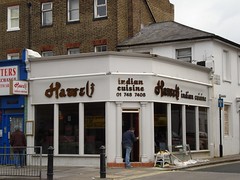 bob and work collegues went there on a Friday night at about 10:30pm. They could seat the six of us easily. There were several other tables of people there already.

The food was pretty good and the beer was fine. We spent £20 a head which felt about right. They didn't hurry us out of the restaurant even though we were still there at midnight.

I would certainly go there again.